Is starting the process towards PHP 7.1.x for better and shorter syntax. 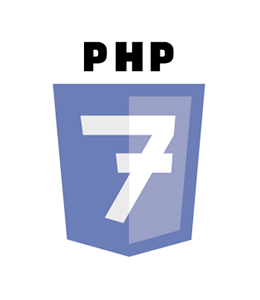 PHP development has occurred so fast and rapidly, especially in the last two years. This is also complemented by the addition of various features and bug fixes. I actually thought about this even before version 2.0.0 stable release, but I felt that the action I planned to do was too fast and rash because at that time I was not just working to update the PHP code but also to update the core CMS API.

In the end, I’m just an ordinary man. I want to have a normal, happy, calm, and simple life, and so, I don’t want to be stressed out just because of my hobby. Because hobbies must be fun. If I get stressed out because of what I do, then maybe I have to change my working pattern.

Back to the topic. Most of the plans are simply to change all ternary operator syntax that previously used to handle missing array variables into the null coalescing operator syntax:

For moderate cases such as handling falsy values, I will remain consistent in using the elvis operator:

I’m also planning to apply $this scope to the static functions. It is now possible to do this, but this only applies to anonymous functions:

By using the Closure::fromCallable feature in PHP 7.1.0, I can convert any function string from a —let’s say— function argument to be a function closure so that I can then apply a class instance scope to any static function like this:

Named functions on dynamic methods may not be that important but in many cases it will be very important for hooks, as function name can be used as an ID, which makes it possible for users to delete a hook by its ID:

In the future, I hope it will be possible for us to manipulate page properties by utilizing other property condition with this code pattern:

The fewer function arguments needed by the hook, the better.